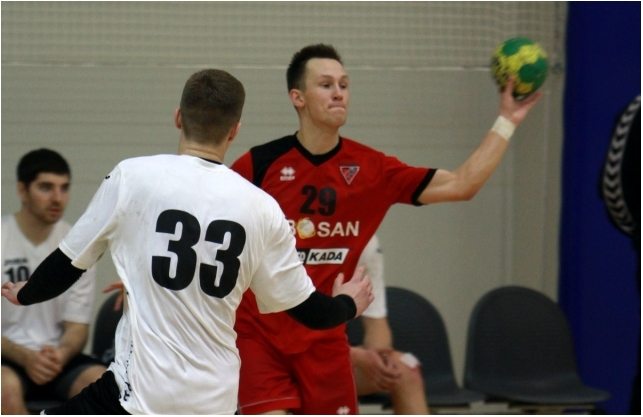 It has been five months since Cocks Riihimäki was crowned the 2017/18 Baltic Handball League champions and we are ready to kick off a new season. For 2018/19 BHL introduces a new competition system, similar to EHF Champions League and some other new elements. Perhaps entering an unknown territory, the participating clubs and BHL management are hoping to lift the level of handball even higher.

For the first time in many years no changes have happened among participating teams, as all twelve clubs from last season are eager to compete. So four teams from Estonia, three from Lithuania, two from Latvia and one each from Finland, Belarus and Ukraine will take part in the 2018/19 season.

It can be said that level of the BHL has never been higher, as 9 of the 12 BHL teams also take part in the European cup competitions and we have a Champions League team among them with title-holder Cocks Riihimäki playing. Only one of the 12 teams finished outside medals in last season’s domestic leagues, but as Estonia have four participants, it is an outcome which cannot be avoided. In addition to four champions, no fewer than eight teams reached the finals of domestic cup.

“We had in May a very long and productive round-table with the clubs in Riga, where the system and many other aspects of the BHL were discussed,” said BHL manager Urmo Sitsi. “We decided to go ahead with the system based on Champions League, but it was a very tight voting. It is clear that wishes and resources of the clubs are different and we have to consider that, when talking about the development of the league.”

So in regular season there will be six teams in Group A, winner of which will qualify automatically to the Final Four. Teams placed 2nd to 5th will move into quarter-finals and will be joined by two best teams from Group B, where the six lower-ranked clubs will play the regular season. The three quarter-finals will determine the remaining three teams for the Final Four.

Sitsi is certain this is the right way to move on and that the level in BHL will be very high. “Considering the fact we have nine clubs in Europe, Cocks playing in Champions League, it is clear we have a strong competition in above average European level. It was also great that all 12 clubs confirmed their interest long before the Riga-meeting, I don’t think we have ever had the clubs list approved so early,” added the BHL manager.

“I believe the new system will bring much more close games, which in turn will develop the clubs and players better. Especially tight will be the Group B. Although I don’t think we have a winner coming from there, as happened in Champions League, but there will surely be some surprises,” assures Sitsi.

Title-holder Cocks to make a “false start” against Kehra

Many other important decisions came out from the clubs round-table meeting in Riga, some will be implemented already this season. “We will have live streaming of all matches on BHL YouTube channel and I hope this works out. We also decided to create a special BHL structure in form of a company and make progress in terms of marketing the league – both issues are now in preparation phase and under negotiation,” explained Sitsi.

As mentioned, no fewer than nine BHL teams also participate in Europe and Cocks already recorded a historical first point in the EHF Champions League, playing a 19-19 draw against a strong Spanish side Abanca Ademar Leon on Wednesday! Though, Serviti Põlva and Dragunas Klaipeda were eliminated in the EHF Cup first qualifying round by narrow defeats against BSV Bern and Selfoss respectively.

BHL season will make a “false start” in the coming days. On Sunday title-defender Cocks will travel to Estonia to play HC Kehra/Horizon Pulp&Paper and on Wednesday, ZTR Zaporozhye and SKA Minsk will play in Ukraine. The first full weekend will be played on 29th-30th September with all other teams coming to action.