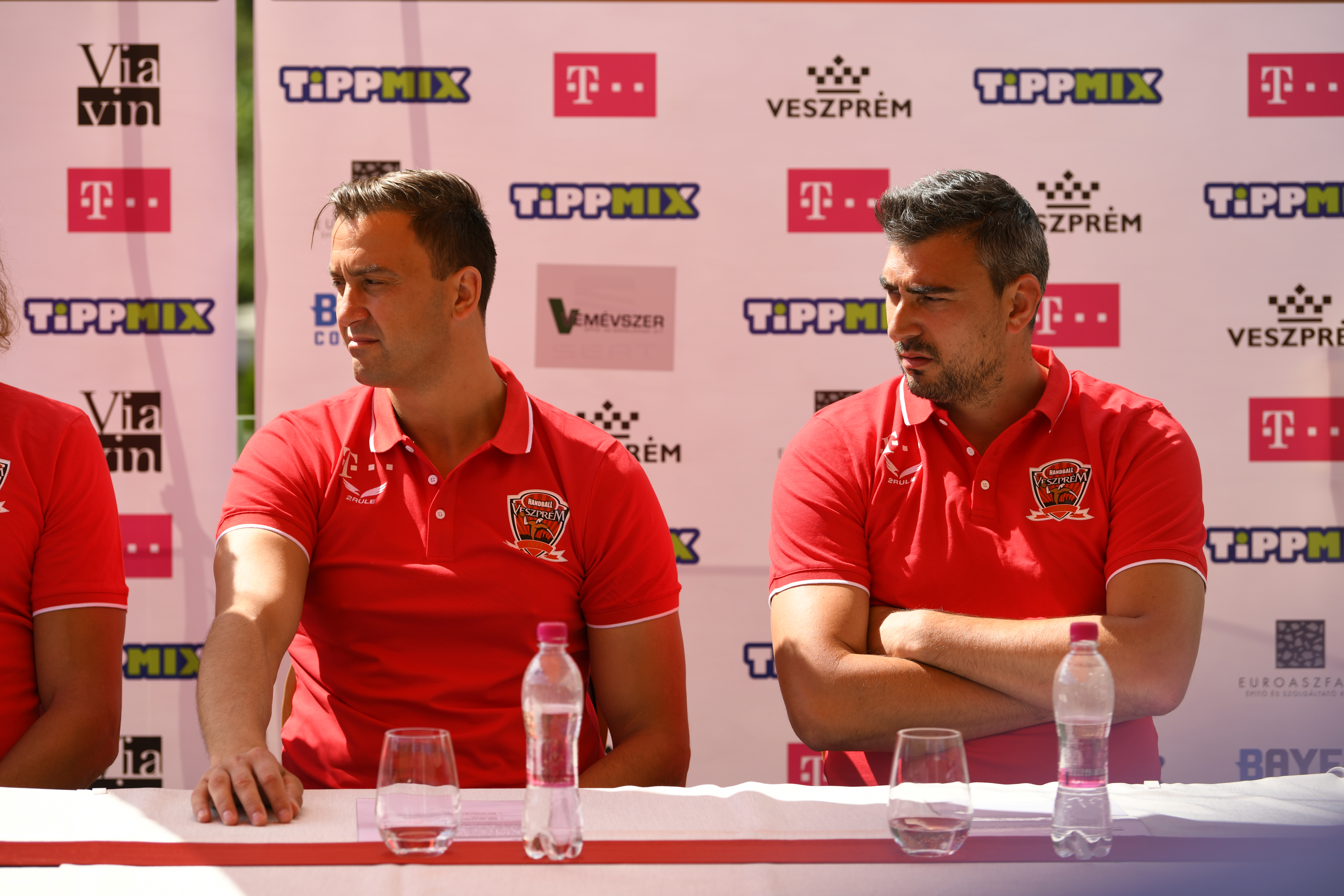 After failure and department with David Davis, Telekom Veszprem management decides to appoint Momir Ilic as the new head coach of the team! Famous Serbian left-back, who finished his career in Vesprem two years ago, takes huge responsibility at the hot bench of ambitious Hungarian giant. His first assistant will be Peter Gulyas.

The team of Telekom Veszprém has started the 2020/21 season with the same determination, will and serious plans as any previous season in recent years. Yet the final result was disappointing: we failed to qualify for F4 and lost the Hungarian title.

We know that in sport, a whole year’s work can often depend on small things, but we cannot afford not to evaluate and change in such a situation.

We are Telekom Veszprém, with our fans and supporters by our side, we are able to get back to our true Veszprém self. The strength of our club is to innovate and adapt and respond to challenges.

We have had to make difficult decisions in order to get the Veszprém team back to the level we expect, both in terms of play and results, and we thank David Davis for his work. We owe David a big thank you, as he took over the team in a difficult situation and achieved medals in the Hungarian League, Hungarian Championship, Hungarian and SEHA League. But after a year like this we have to change, so we went our separate ways.

When evaluating the season, we saw the main shortcomings not in the individual skills of the players, but in the team cohesion, which is why we did not change the composition of the squad significantly. In order to be able to talk about Final4 and winning the CL again in the future, we have made it an absolute condition that we improve in attitude, preparation and many other factors.

We made a decision. We will start a 3-year program with the ultimate goal of achieving the most important goals with a long-term team concept. Key tasks for this first year:
– Building team unity,
– starting a generational change,
– winning back the Hungarian championship,
– to make the best possible appearance in the Champions League.

Based on this, we are building a long-term future for the youngsters, giving the team a chance to players brought up in Veszprém. We have confidence in the strength of our youth team and we sincerely believe that this confidence will take talent to new levels. After lengthy discussions with the coaching staff, we have voted four players into the team, with the undisguised aim of increasing the flow of young players from the younger generation. We will also shift the focus of our club’s player policy towards young talent in the coming years.

At our club’s press conference, it was announced that the new head coach of Telekom Veszprém will be Momir Ilic, a former icon of the club, assisted by another icon, Péter Gulyás, who has been strengthening the Veszprém colours since the beginning of his career. Both of them have made their mark in the youth game, which is another guarantee that we speak the same language in the pursuit of future goals.

Márk Bodor (left back), Boris Dörnyei (right wing), Péter Lukács (centre back) and Zorán Ilic (right back) are all new to the squad, having already proven their talent in the local youth team and now the aim is to get as much time as possible on the pitch with the first team.

For the 2021/22 season, we will embark on the long-awaited team-building journey along our new concept. We will start our preparations with great energy and a clean slate, confident that our team and its supporters will once again be able to achieve their common goals with the unity they are used to. Let’s go Veszprém!