Conclusion of "hidden derby" in Croatia, Branko Tamse: We would have more chances in North Korea than in Zagreb | Handball Planet 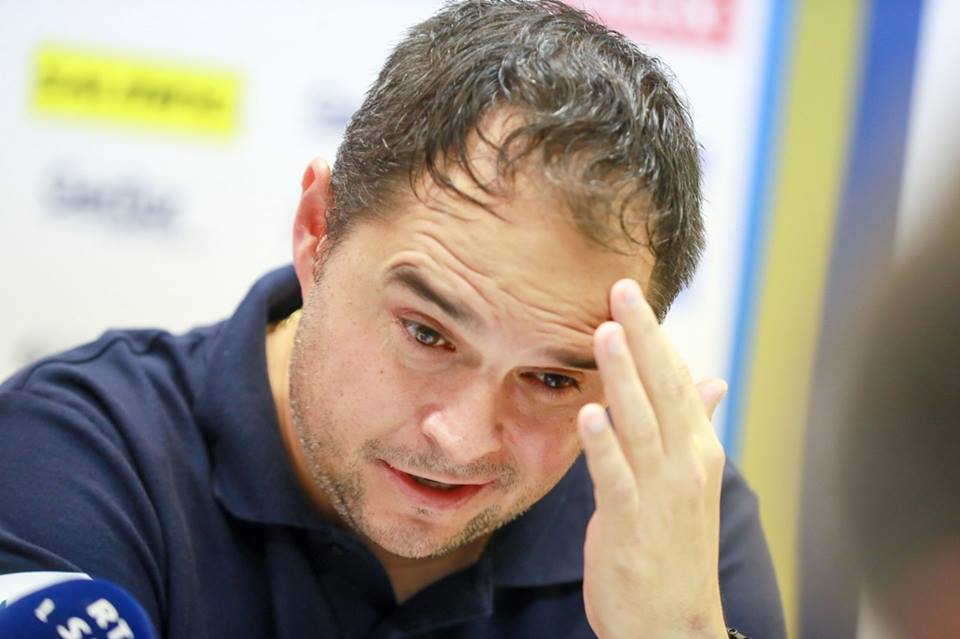 Hot topic No.1 in sports media in Croatia and Balkan region is still the derby match between RK PPD Zagreb and RK Nexe played last Saturday – 25:16. Although Zagreb have won by 9 goals, visitors from Nasice where dissapointed by level of reffering of Mrvica – Jurinovic and they sent material to EHF. More than interesting preview of the match for the title in Croatia where RK PPD Zagreb is “eternal champion” since 1992, was situation in which there is no TV coverage or live-stream, while other camera neither were allowed inside of the hall with 700 fans.

The official explanation of the TV right holder company was that “nobody was interested for the match” while for the live-stream “both teams can’t assure technical level necessary for it”.

More or less, people came to the conclusion that Zagreb won’t allow “any surprise” in domestic competitions:

“This is a really specific match. To sum up – on Saturday we would have more opportunities to play handball in North Korea than in Zagreb. Such things are unthinkable. I defend the thesis that sport must be for people, and in the 21st century it is unacceptable to me that indoor cameras are banned. It was known that the match had to end and it was known that the difference had to be as big as possible so that our words after the match would not have weight.“, said RK Nexe coach Branko Tamse and added:

“It is true that we were not at the right level, but also because we did not have the opportunity to play handball. Each of our attacks was stopped at the first contact, and after a few interruptions, a raised hand quickly followed, forcing us into impossible blows. Each of our quick attacks was returned. On the other hand, Zagreb was allowed to do anything. The attack lasted until the goal, the referees overlooked the fourth and even the fifth step. “

“We lost this game by a big margin, but it didn’t spoil the great atmosphere in the locker room. We are still in the game on three fronts. Let’s go step by step. We know that there will always be a lot of controversy before every game with Zagreb. I opened my soul a little in this conversation, I don’t want to talk too much about it with the Croatian media. Because of these things, we have more and more sympathizers in Croatia. More and more people are opening their eyes. Zagreb is a quality team, a team with a tradition. With the victory in Našice, we have already proved that we can match them, no matter what. “, concluded Tamse for Sportklub.hr