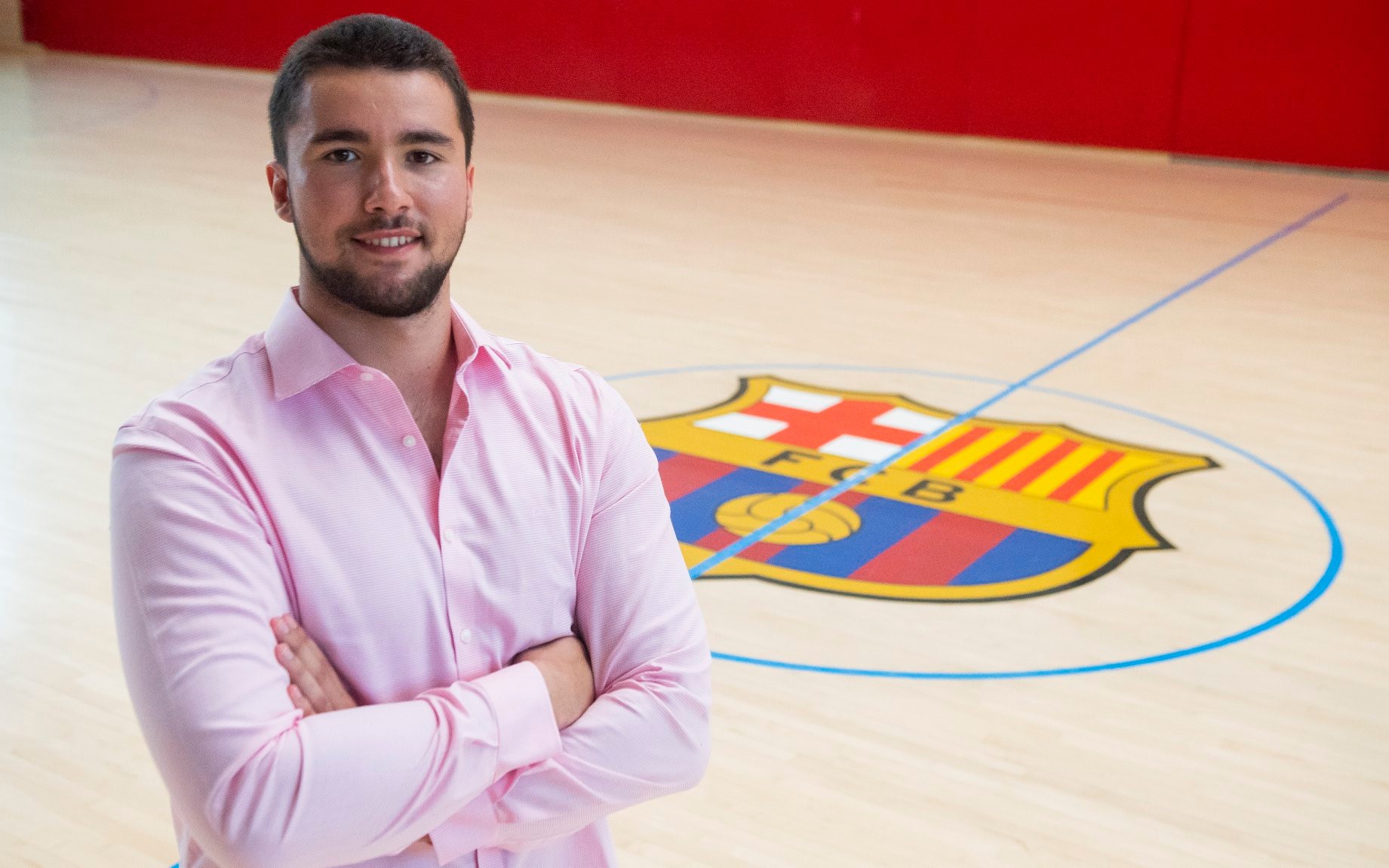 FC Barcelona and Sporting Clube de Portugal have reached an agreement for Luis Frade to join the Barça handball squad. As Handball-Planet.com wrote on November 26, 2019, Portuguese pivot signs a four year contract with the Club until the end of the 2023/24 season.

Frade is already at 21 years of age a Portuguese international and Barça’s latest signing has experience of playing in the Champions League with former club Sporting Clube de Portugal having scored 53 goals in 26 appearances over the last two seasons in the competition.

In the 2019 Junior World Championships he was named pivot of the tournament after helping Portgual to fourth place. He is a powerful presence in both attack and defence and at the Palau he will share the position with Ludovic Fabregas and Cédric Sorhaindo.

“I have always wanted to join a top team in Europe, the world, like this one, it’s a dream for me,” said Frade when he arrived at the Club.