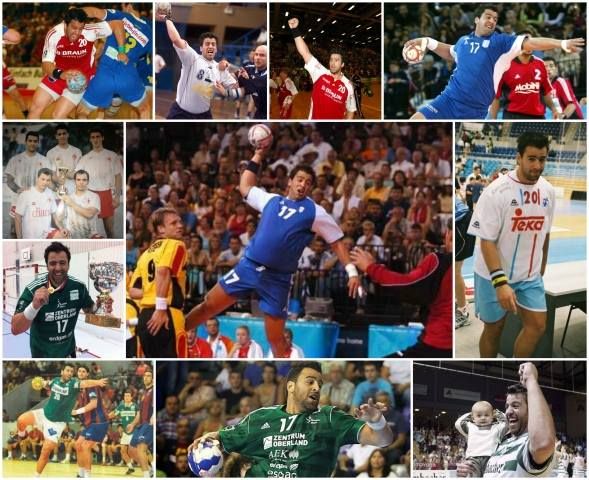 Greek legendary line player and former Greece National Team captain Georgios Chalkidis announced the end of his playing career at age 39. Chalkidis, one of the greatest players in the history of the Greek handball enjoyed several glory moments throughout his 28-year spanned career which started way back in 1988. The 39-year-old pivot was a key player of the most successful Greek National Team ever, which ranked sixth twice, at the 2004 Olympic Games and the 2005 World Championship. Chalkidis nicknamed «Bruno» and «Ηulk» due to his body structure is mostly known for his man-marking capacity which ranked him amongst Europe’s best defenders and helped him earn lucrative contracts in Europe’s top leagues – Spanish Liga Asobal, German Bundesliga and Swiss Handball League.

His name can also be found in the six-man shortlist which features all Greek handball players who have lifted a foreign-league Championship or Cup trophy at least once, courtesy of a historical double he won with Swiss club Wacker Thun in 2013. To honour Chalkidis for his deeds, his home town Ptolemaida named the city’s indoor hall after him.

Georgios Chalkidis commented upon his retirement:

“The only opponent who is impossible to beat is time. After playing handball for 30 years I feel overwhelmed and that it’s time to say goodbye. I had the honour to represent Greece at international level for 16 years, earn 220 caps and become the team’s captain. My generation, my teammates offered Greek Handball unprecedented success at global events and spread awareness about a sport which was never as popular as other team sports in Greece, with the best possible way.

“The moments I will never forget was listening to 80,000 people singing the Greek national anthem the moment we entered the Olympic Stadium at the 2004 Olympic Games opening ceremony. It was an incredible feeling! “I would also like to express my sincere gratitude to all the coaches and teammates I was privileged throughout my whole career to work with, as well as my family for their immense support. A cycle is over for me and a new one is about to begin, but I don’t see myself not being somehow involved in the hanbdall world.