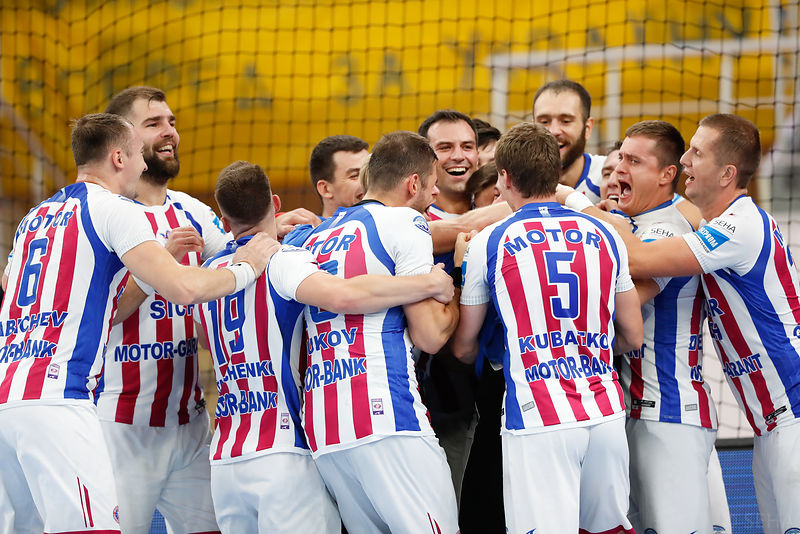 The HC Motor Zaporozhye team will start in the second handball Bundesliga next season. This extraordinary and probably unique constellation in the second highest German division is the result of several weeks of intensive exchange between the Ukrainian handball association, HC Motor Zaporozhye, the Handball-Bundesliga GmbH and D.SPORTS from the sports city of Düsseldorf.

HBL Managing Director Frank Bohmann: “We operate according to the motto “handball players help handball players” and thus secure the existence of HC Motor Zaporozhye for the time being. At the same time, we are able to protect the handball players and their families, who come to Germany with the express support of their government, from the direct effects of the Russian Federation’s inhuman and unjustifiable war of aggression.”

After individual guest appearances and training stays by the players who also make up the Ukrainian national handball team, the all-season handball solidarity project is now supported by the 19 clubs of the 2nd HBL. In the coming season, they will meet a strong team that has also gained recognition on the international stage in recent years. HC Motor Zaporozhye not only became Ukrainian champion nine times in a row, but also achieved impressive placements in the EHF Champions League, including reaching the round of 16 several times.

Regarding HC Motor’s expectations in the 2nd HBL, Zaporozhye manager Dimitriy Karpushchenko says: “The opportunity to take part in the game operations of the 2nd HBL practically ensures the continued existence of our club and makes an important contribution to the preservation of Ukrainian handball, the has to fear for its existence due to the Russian attack. And of course staying in Düsseldorf offers players and their families security that is not available in Zaporozhye.”

The home ground of the nine-time Ukrainian champion will be the handball-proven CASTELLO Düsseldorf. If the Ukrainian team is eligible to play in the EHF Champions League, they will also receive their international opponents there. The multifunctional hall, which can accommodate more than 3,000 spectators, is made available by the city of Düsseldorf, which was immediately ready to provide extensive support at the request of the HBL. The Mitsubishi Electric HALLE and the PSD BANK DOME are planned for double match days with Bergisches HC. The city of Düsseldorf also makes it possible to travel to the away games. In particular, the sports city ensures that

Stephan Keller, Lord Mayor of Düsseldorf: “Düsseldorf has stood by Ukraine in solidarity since the beginning of the war. We help those who have fled to us and provide humanitarian aid in Ukraine. As a city that also has sport at the highest level in its DNA, it was natural for us to help secure the future of top-level handball in Ukraine. Düsseldorf can contribute its strengths on the one hand as a sports city and on the other hand as a reliable partner and friend of the Ukraine. We are honored to be home ground for Zaporozhye in the coming season. I’m sure that the people of Düsseldorf will make the games real home games for Zaporozhye.”

Burkhard Hintzsche, city director and head of sports department of the state capital Düsseldorf adds: “The sports city of Düsseldorf shows solidarity with the Ukrainian handball players and – after the beach volleyball teams – once again enables top Ukrainian athletes to continue their competitive sport at the highest level despite the Russian war of aggression. “

The request was made several weeks ago to HBL President Uwe Schwenker and Frank Bohmann, HBL Managing Director. This resulted in a whole series of to-dos for them. To date, the most important hurdles have been overcome in close cooperation with D.SPORTS, the city of Düsseldorf and with the support of several federal authorities.

Uwe Schwenker, HBL President: “At first we were skeptical as to whether the integration could succeed. And we still have respect for this task. But it is a matter of the heart for us to give the players the opportunity to continue to practice their profession as part of the handball family. It is also very fortunate that, in cooperation with the sports city of Düsseldorf, we can also give families a safe home in Germany.”

So far, 19 clubs have been eligible to play next season’s games. HC Motor Zaporozhye is now a 20th club. The 2022/23 season starts in the 2nd HBL at the beginning of September 2022. HC Motor Zaporozhye is listed in the 2nd HBL table up to the 38th and last Bundesliga matchday. At the end of the season, the results of the club are then calculated so that the results achieved are not included in the rating and are therefore irrelevant for promotion and relegation.

Franz Dressel, Vice-President for the 2nd HBL in the Executive Committee of the HBL eV, adds: “For us there was no alternative but to include the players in our midst. For the clubs of the 2nd HBL, this is a very special opportunity to provide practical support to handball players and their families in dire straits. I’m sure that our fans will also accompany the team through the season.”

According to team manager Dimitriy Karpushchenko, the entire squad, which is currently made up exclusively of Ukrainian players, is expected in Düsseldorf by mid-July 2022.