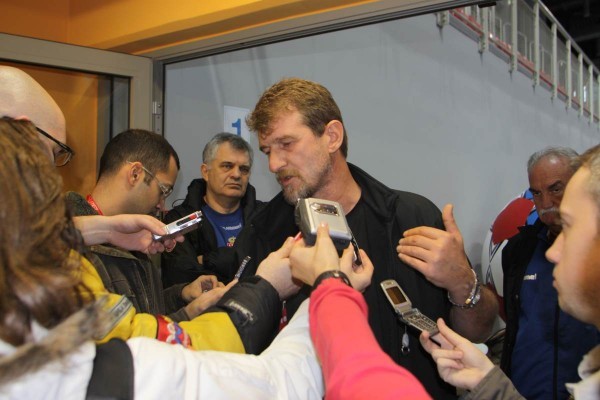 Serbian national team will get a new-old head-coach! Jovica Cvetkovic would replace Dejan Peric after the first meeting of a new Board of Serbian Handball Federation. Serbian handball got a new president Bozidar Djurkovic, who wants to get the best of the team before the start of the Men’s EHF EURO 2018 qualifications.

With Peric on the helm, Serbian “Eagles” didn’t qualified for the Olympic Games in Rio and World Championship 2017 in France. Most of the best Serbian players don’t play in the national team like Momir Ilic, Marko Vujin, Rastko Stojkovic, Alem Toskic, Strahinja Milic.

Idea is that new coach calls all the best Serbian guys before matches with Poland and Belarus in November.

Cvetkovic was on the Serbian bench in period 2006-2009. His eighth place at World Championship 2009 is still the best result for Serbia after silver medal at Men’s EHF EURO 2012 in Belgrade.