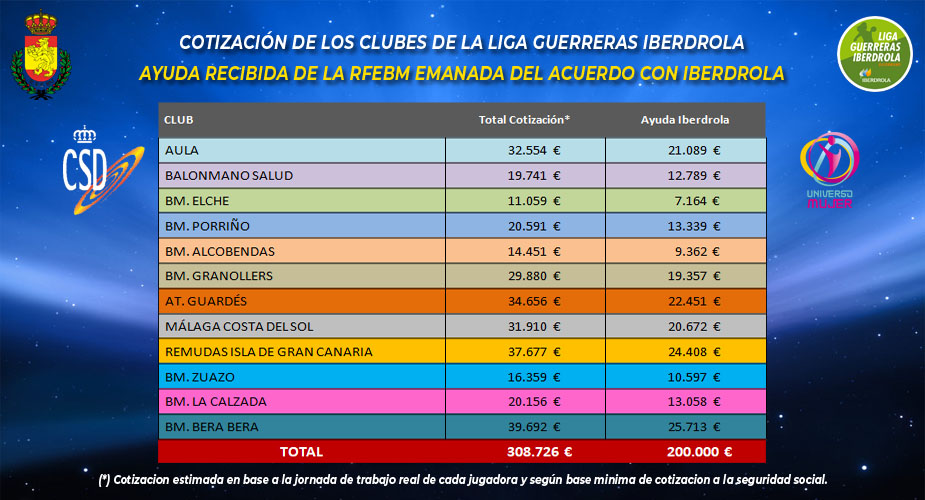 RFEBM has announced alocation of financial support to the clubs of the women’s Iberdrola Warrior League based on collaboration agreement with the main partner of the competition, the energy company Iberdrola.

Sums which clubs received are based on result in the previous season, but also working conditions of the players – number of professional contracts per team.

Analyzed results and considering the total hiring with Social Security, the Bera Bera will be the club that receives the most with an amount greater than € 25,000, with 16 contracted players. It is followed by Remudas Isla de Gran Canaria , with more than € 24,000 and 14 hired players. Atlético Guardés (more than € 22,000 and 15 contracted), Aula Cultural (€ 21,000 and 16 contracted) and Málaga Costa del Sol (€ 20,000 and 13 contracted) make up the club ranking with the highest allocation.

The RFEBM’s decision to allocate a substantial part of the agreement with Iberdrola to enhance the commitment to improving the players’ workforce is part of the strategic plan for the development of women’s handball, agreed with Iberdrola and the Higher Sports Council, through the General Subdirectorate for Women and Sports, within the Universo Mujer II program.