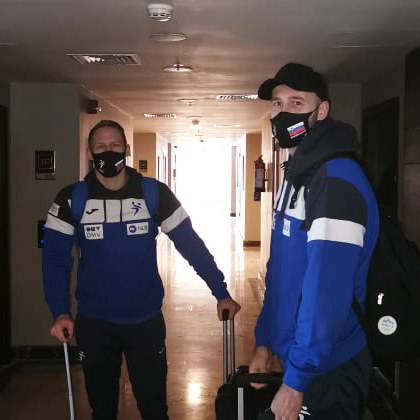 The Slovenian men’s handball team will play the first match of the World Championship in Egypt against South Korea.

However Tilen Kodrin and Urh Kastelic will not be able to help the team on the way there. A PCR test on arrival at the airport in Egypt returned a positive value for both players due to the infection, which they had successfully dealt with in their homeland. Upon joining the national team, both of them did not show any symptoms of infection for at least 48 hours, which allows them to return to a “working” environment according to Slovenian and European standards. The organizers of the competition ordered Kodrin and Kastelic on the day of the opening match and enabled additional investigations at a hospital in Cairo. The unpopular event, which is the result of another undefined and uncoordinated protocol at this World Cup, does not affect the performance of the rest of the team. At the same time, he did not have a negative impact on the national team, but only connected it even more closely. The players are determined to show all their skills against the Koreans and successfully step into the performances in Egypt.

“Kodrin and Kastelic are healthy and well. They both tested positive on PCR when they arrived in Egypt. The organizers therefore decided to send them for further tests in Cairo, where they will try to find out what their condition is. They are both was in Slovenia for ten days in isolation due to the infection, and then returned to the team, as they were, as dictated by expert recommendations, 48 ​​hours without fever or other symptoms of infection, because in the men’s handball team such a case could occur. It happens that we forwarded the question of what to do in such a case to the organizers and the International Handball Federation 14 days ago, but to date we have not received an answer. “