Survey: Which are the most adorable brands in TOP Women's Handball? | Handball Planet 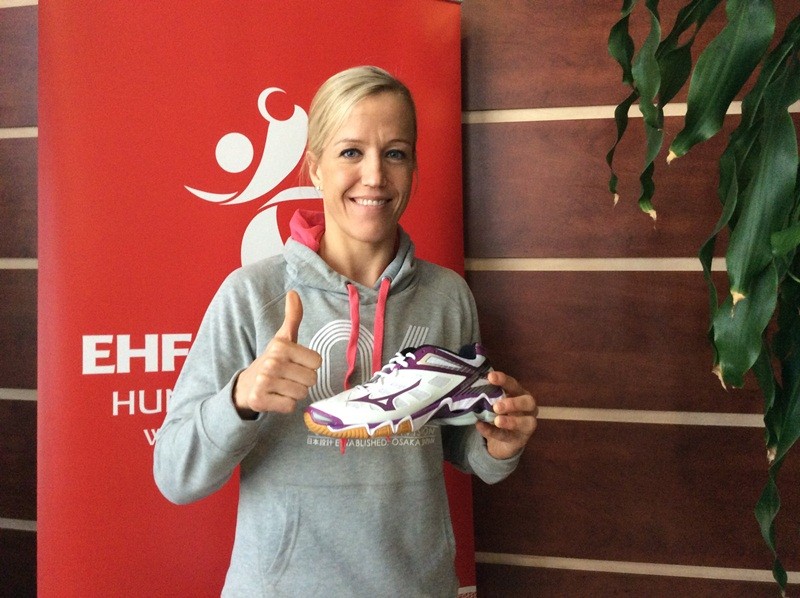 The world of the global sports brands involved on the handball court is always some kind of a mystery. Another battle, behind the goals, wins and defeats, fantastic halls and TV shares, is always about who will provide the best possible equipments for the players and the teams. Shoes are the most important part of the clothes for every handball players, amateur, professional or the TOP one.

Handball-Planet.com presents a survey about the numbers of shoes by brand used by TOP female handball players at the Women’s EHF EURO 2014 in Hungary and Croatia.

On that list, Asics had the highest number of players (83 in total) in front of Mizuno (72) and Adidas (70). Far away from the TOP was Hummel with 10 shoes representatives in the tournament which took place last December in four cities across Croatia and Hungary. A six more brands are included, closing in total a list of 256 players.

The biggest domination of a single brand in one team has Asics with 12 Danish girls, who like their shoes ahead of Mizuno, which is adorable piece of equipment for the 11 Polish players.

Here you can find complete results of the survey.