January 2018 was a highlight of the Spanish domination in world of handball. Three Spanish coaches on three continents won the continental champions to, once again, show quality of school built on the expansion of ASOBAL in 90’s and 2000’s. One of them, Tunisian national team coach Toni Gerona, in talk for Handball-Planet.com, speaks about goals of the TOP African nation with him on the helm until Tokyo 2020, “secret of Spanish coaches”, handball rules which would like to change and many other things…

Toni, part of your deal with Tunisian handball Federation is that you work with players who are in domestic clubs…

Is it better to work with them in Tunisia or to get them from European clubs with some new experience?

“I NEED A DAILY WORK”

After you won all trophies with Qatari El Jaish Sports Club (2015-2017), you began your next journey in the Arab world with gold at African Championship and silver at Mediterranean Games. Tonis “the specialst” for Arab mentality, which is tough issue for many European coaches…

You played also Final at Mediterranean Games against Croatia…

Milestone is Tunisia 2020, when you want to beat (probably) Egypt in the final and qualify directly to Tokyo 2020…

EGYPT WILL BE STRONGER WITH DAVIS

Egypt with David Davis could be much danger than before… 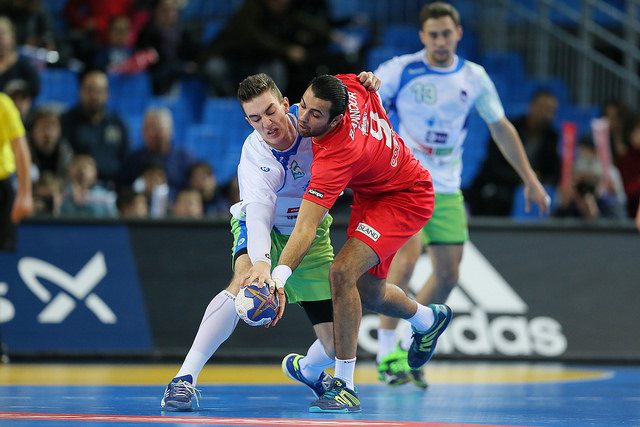 “WE ARE FAR AWAY FROM TOP EUROPEAN LEVEL”

I attended one press-conference during Qatar 2015 with Sead Hasanefendic, the most successful coach of Tunisian NT (4th place at WCh 2015), and witnessed tremendous pressure on coach from media. Tunisian journalists screaming on him, it was total madness. Do you feel the pressure?

Wael Jallouz began well in Barcelona, but then he went in series of injuries…

Tunisia had always that kind of strong personalities like Tej or Meganem. Is Jallouz has that personality to be a leader of the team…

What is your ambition at World Championship 2019 in group with Norway, Denmark, Austria, Chile and Saudi Arabia?

At the end of your journey, hopefully in Tokyo 2020, what will be the results which would make you totally satisfied?

Spanish coaches making tremendous successes all around the world. Where is the secret of Spanish coaching school?

Where is born school of Spanish coaches?

What makes you nervous nowadays, what you would like to change in handball rules?

Where you want to see yourself in five years?