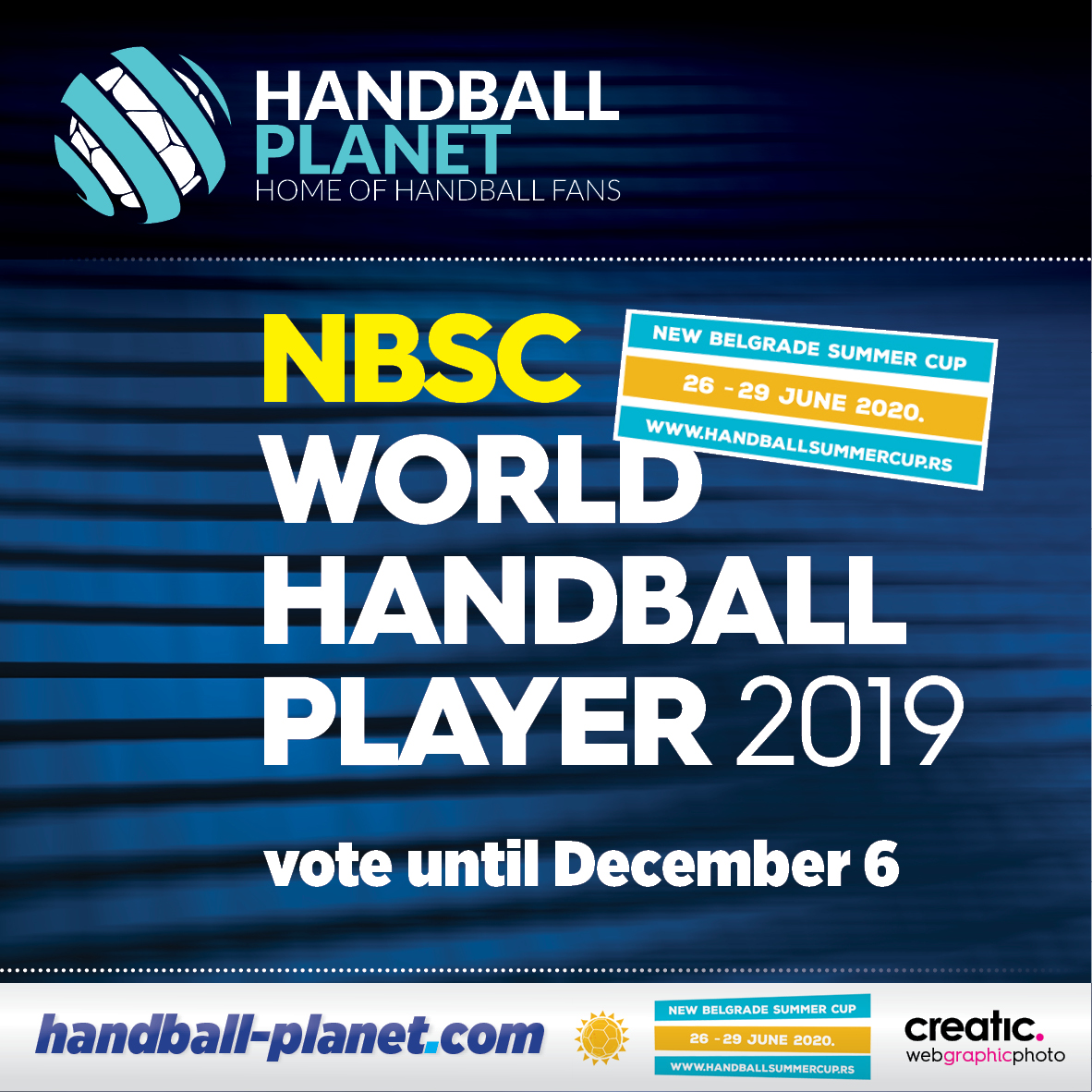 The ninth year in a row, Handballl-Planet.com organizes the Contest for the WORLD HANDBALL PLAYER! The Voting process of the traditional November’s competition is based on the opinion of 22 handball journalists from all over the world. Handball-Planet.com Jury of handball Experts from four continents (20 countries) made the list of 32 players (four per team’s position) who will be in the race for the title of the NBSC (New Belgrade Summer Cup) WORLD HANDBALL PLAYER 2019, but also “BEST 8” OF WORLD HANDBALL 2019.

The last member of Jury, as usual – Handball-Planet.com visitors can support their favorites by joining the Polls until December 6. It is important to be remembered that votes of handball fans across the globe will be added to the existing number of points given by the journalist’s jury.

Here are the nominations for the NBSC WORLD HANDBALL PLAYER 2019 per position (CLICK AND VOTE):

Our goal that handball world gets a public and fair contest for the World best players of the year, since 2010 received a big support from the parts of handball globe. NBSC WORLD HANDBALL PLAYER 2019 Jury is made of the people with their names and CV’s with the clear aim to get opinion from different countries, handball schools and traditions. Our Jury members are famous handball specialists in their countries, which coming from the biggest media (Marca, TV 2 NO, TV 2 DK, L’Equipe, Arena Sport, Oslobodjenje), but also from specialized websites and newspapers as Handball Woche, Balkan-Handball.com, handballfast, E-handball, Pallamanoitalia.it… 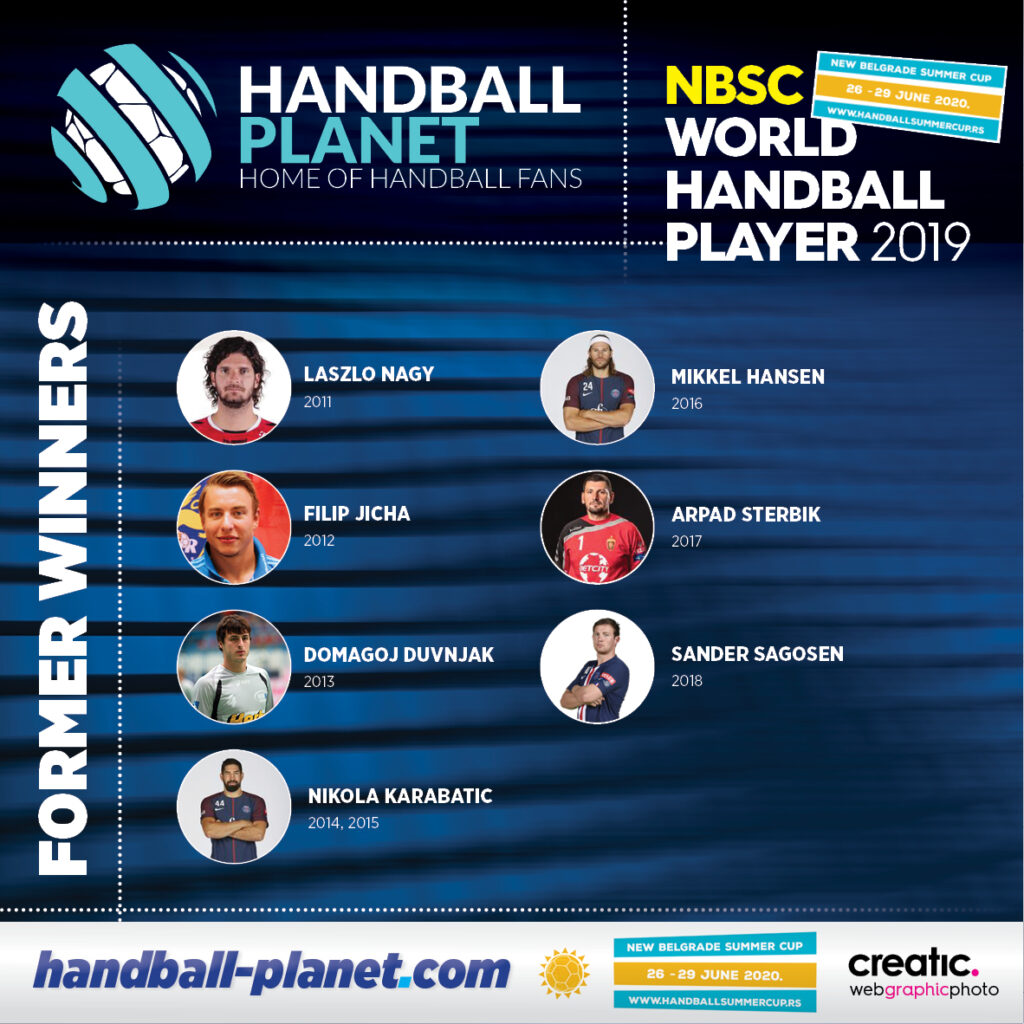 Handball-Planet.com looking for the ninth World’s Handball Player in the history of our Contest. Hungarian TOP star Laszlo Nagy won award in 2011 when over 6500 fans voted on our Poll question. WORLD HANDBALL PLAYER 2012 was Czech star Filip Jicha (over 13.000 voters), while in 2013 the first name in the handball world was Domagoj Duvnjak with unified opinion of Jury members and huge support of the fans (about 146.000 votes for all nominees in total).

The winner in 2017 was Spanish NT goalkeeper Arpad Sterbik,while Sander Sagosen won the first title in 2018.