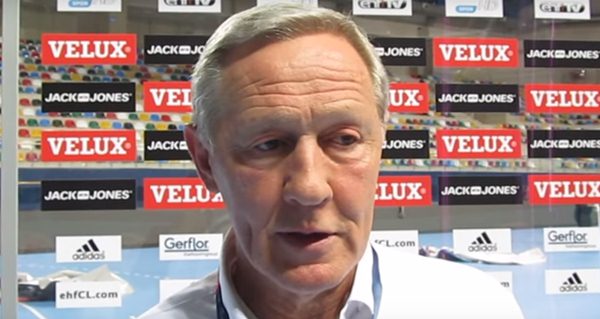 PSG HANDBALL coach Zvonimir Noka Serdarušić wasn’t satisfied with performance of his players despite convincing victory in Istanbul against Besiktas MOGAZ 40:30 in the VELUX EHF Champions League Round 3. A lot of „up and down“ moments at the start of the season, need to be stabilized and improved by experienced coach and his squad full of stars:

– We had problems in the first half. I had a very serious talk with my team in locker room, and we won by 10 goals at the end. Someone will tell „Hey, you have to be satisfied, you won by 10 goals“, but what we showed tonight, I can’t say it was shameful, but it was very, very bad, especially in defense – said Serdarušić and added:

– We are trying to „play“ in our game, in attack, without 1 on 1 play, without guys who are going between defenders, there are no serious fouls also. I know that they learned that in last few years, but also I know that we will change these habits. The only thing which I don’t know is how quick we will do that?

Despite a variable form of the team, handball community see PSG Handball in Cologne next May at the VELUX EHF Champions League FINAL4…

– Ok, if you see the roster, you see Narcisse, Karabatić, Omeyer and Hansen, but if you start looking from position to position, you see that you have nothing on certain position, left wing, right back, and if you want to make something in Cologne, you have to have more complete squad. I hope that I will make a team according my plans next season. However, with this roster, my goal is to play in Cologne.

Do you have some „wish list“ of possible signings?

– Who don’t have that, every coach has some players who would like to have in the team. When I am angry and nervous after bad match, I am not satisfied with some guys, but then again, I start to think „Ok, maybe you overreacting, give them chance, new match is coming“, however, they just confirming my thoughts. Then,  the best solution for both sides is to part our ways – concluded Serdarušić.