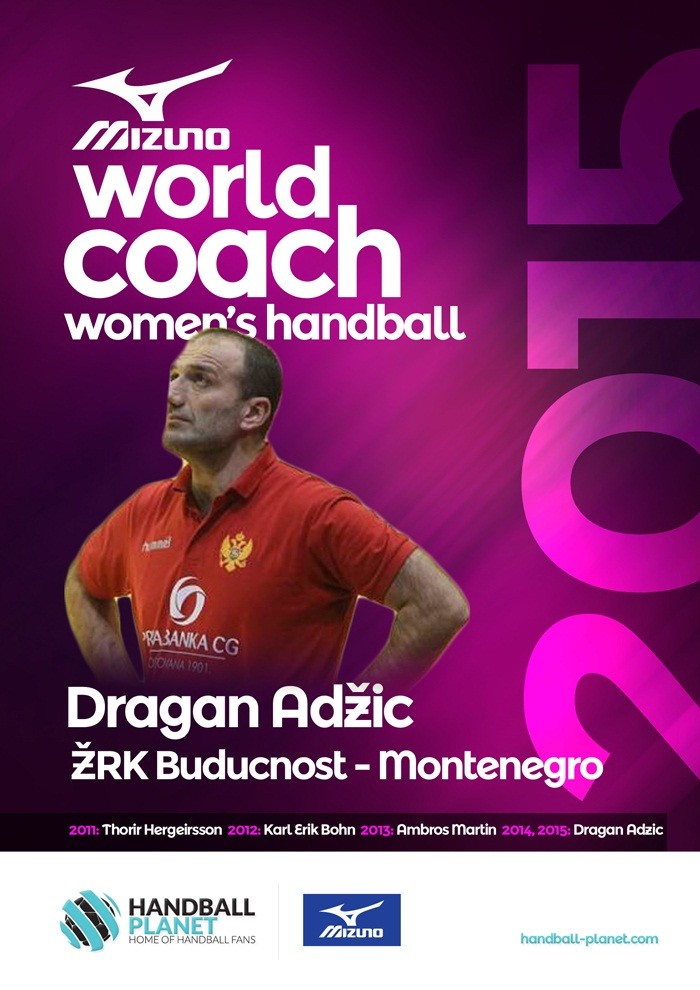 Dragan Adžić is the MIZUNO WORLD COACH 2015 in women’s handball! Brilliant ŽRK Budućnost season with EHF CL trophy at the end, good results with Montenegrian NT have been praised by the Jury consisted from the 19 handball journalists all over the world and handball fans, who were the last member of Jury.

The 47-years old Motenegrian coach is on the bench of the national team since 2010. A lot of major trophies are linked with his coaching knowledge, two Women’s EHF Champions League, European gold and Olympic silver medal.

Adžić joined his player Cristina Neagu on the throne in 2015 in Contest organized by Handball-Planet.com. This is his second title.

Handball-Planet team want to thank all media, teams, TOP players, coaches,handball fans and title sponsor MIZUNO worldwide for making our project so big this year! According to fantastic experience in the last three weeks.