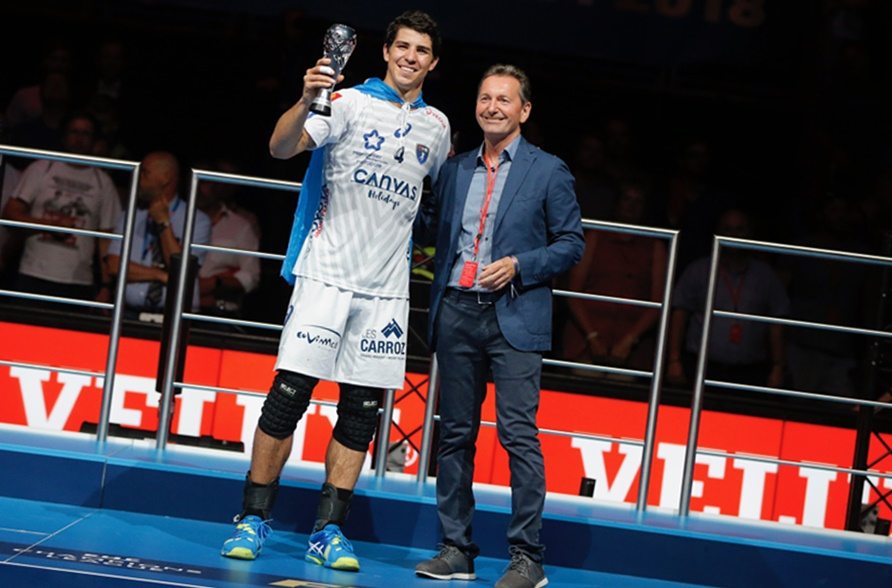 The Argentinian star Diego Simonet became the first ever non-European player as MVP of the VELUX EHF Champions League Final4.

The 29-years old playmaker, who became world-known at World Championship 2011 in Sweden, had a crucial role in both victories of his Montpellier Handball at Lanxess Arena.

The German left wing Uwe Gensheimer received the award again, like in 2011 (118 goals for Rhein-Neckar Löwen) and 2017 (115 goals for PSG), netting 92 times this season, for the TOP scorer of the season.

“This trophy is not only individual, it is a team thing. Without the passes of my teammates, I cannot score. I would immediately swap those awards for the big trophy, as handball is a team sport and everything is about this big trophy,” Gensheimer was still disappointed after finishing third. “We are disappointed because we wanted to win the trophy, but this chance was over after we played under our normal level yesterday.”, said Uwe for ehfcl.com