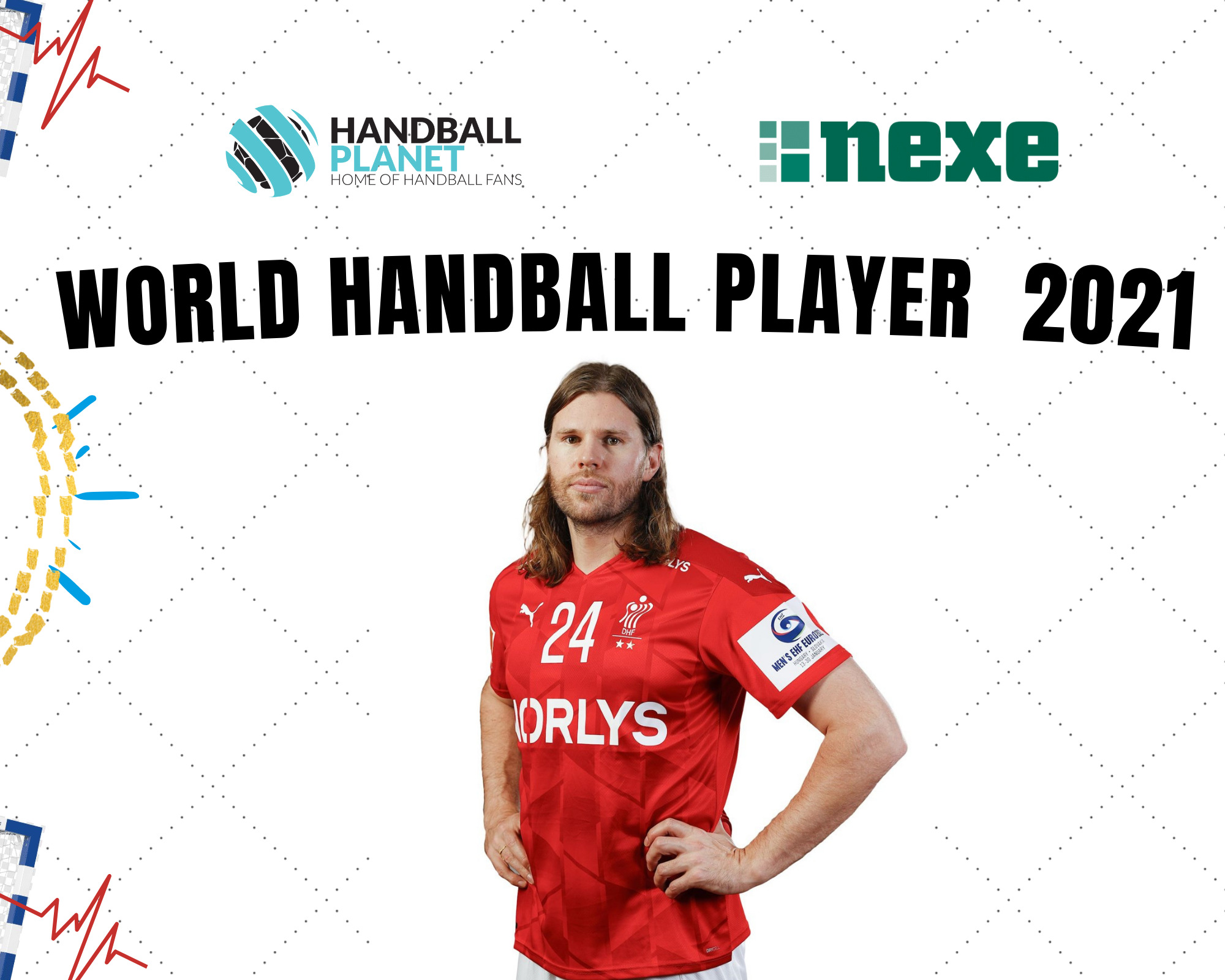 Handball-Planet.com is proud to announce the results of our traditional Contest for the WORLD HANDBALL PLAYER 2021 powered by Nexe Grupa. The Danish superstar, left back of PSG Handball, Mikkel Hansen, got the highest number of points based on cumulative votes of 11 members of the international jury of handball journalists and visitors of our website. The year 2022 began with unforgettable Men’s World Championship 2021 in Egypt when Hansen was MVP with the gold medal in the pocket, while six months later, he won Olympic silver as the best left back of the tournament in Tokyo.

In three weeks of voting, all of 32 nominated players have got amazing support by the handball community. Handball lovers voted (36.893) for their favorite players in eight categories.

JURY MEMBERS FROM ALL OVER THE HANDBALL WORLD

Our goal that handball world gets a public and fair contest for the World best players of the year, since 2010 received a big support from the parts of handball globe. WORLD HANDBALL PLAYER 2021 Jury is consisted of the people with their names and CV’s with the clear aim to get opinion from different countries, continents, handball schools and traditions. Our Jury members are famous handball specialists in their countries, which coming from the biggest media (Marca, TV 2 NO, L Equipe), but also from specialized websites and newspapers as Handball Woche, Balkan-Handball.com,g-sport.mk, Handball-World, etc…

Handball-Planet.com looking for the 11th World’s Handball Player in the history of our Contest. Hungarian TOP star Laszlo Nagy won award in 2011 when over 6500 fans voted on our Poll question. WORLD HANDBALL PLAYER 2012 was Czech star Filip Jicha (over 13.000 voters), while in 2013 the first name in the handball world was Domagoj Duvnjak with unified opinion of Jury members and huge support of the fans (about 146.000 votes for all nominees in total).

Based on 10 years of our project Handball-Planet.com organized WORLD HANDBALL PLAYER OF THE DECADE CONTEST